I can probably count on just a few fingers the number of times we’ve made baked chicken as I usually head for the grill, but as soon as I read Debbie’s recipe for One Pan Baked PaprikaChicken Thighs With Potatoes and Tomatoes Served Over Wilted Kale,  I knew I wanted to try it.  I bought a package of chicken thighs weighing five pounds so I doubled her recipe to get the one shown below, which I followed except as shown in parenthesis. 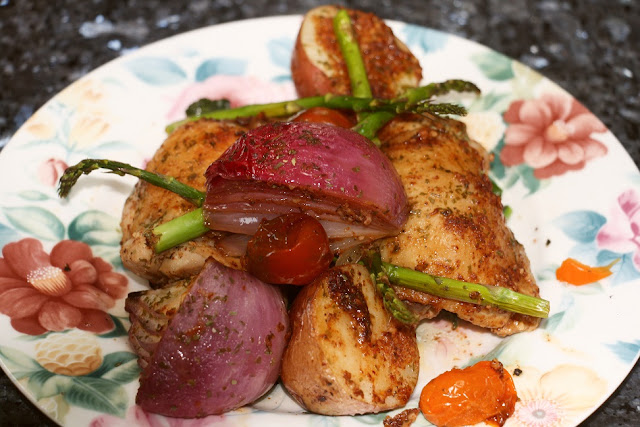 Instructions:
1. Preheat the oven to 400F
2. Wash potatoes and cut to the size of a golf ball if necessary.

(Larry added the chicken to the pan, then the potatoes & onions, and sprinkled everything with dried thyme, salt & pepper and remaining marinade). 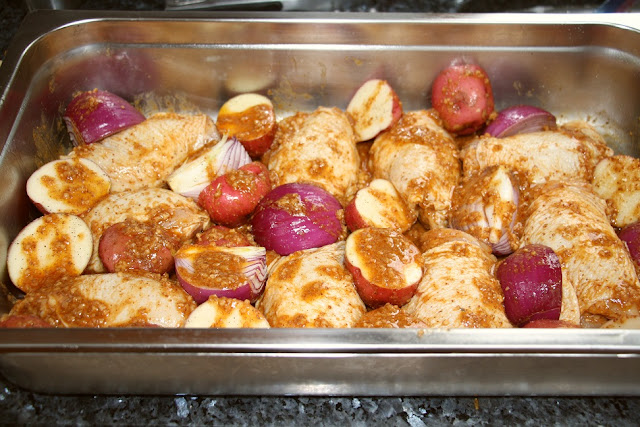 7. Bake for 30 minutes; then add the cherry tomatoes (and asparagus) by evenly spreading throughout the dish. Bake for another 30 minutes or until the chicken registers at (180F). 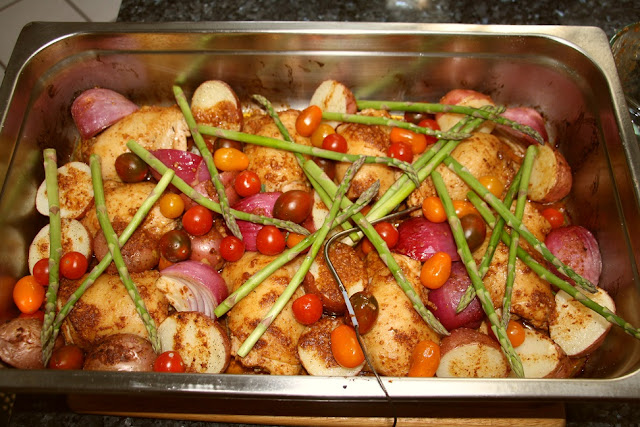 8. Garnish with fresh parsley for color, if desired.

For the wilted kale:
This is optional, but Debbie chopped a bunch of kale and sauteed it with some garlic olive oil until wilted. She added 1/4 cup chicken broth put a lid on the pan and cooked it for about 10 minutes. This was perfect as the base for serving this dish.

When shopping for the dish, I had forgotten that Debbie had served it on a bed of sautéed kale but while at the Amish market, I just happened to buy a bunch because it looked so good so I was able to make the entire recipe.

Our neighbors joined us for dinner and a basketball game (my team lost) and we all thought the meal was a success - unlike the others I re-discovered that I’m not a big fan of kale.  Thanks Debbie for a very nice meal. 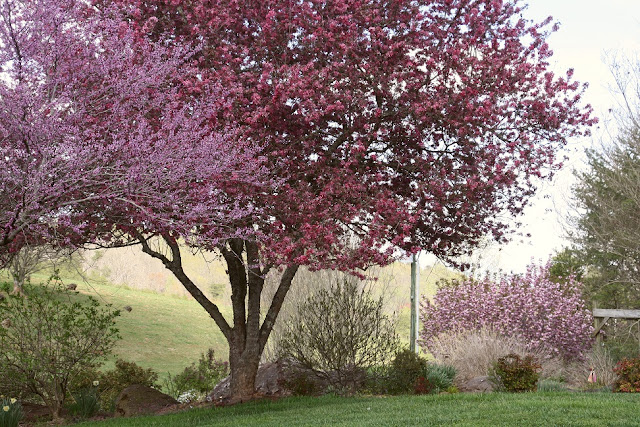