Four this meal, I like to dress my potatoes just like the brat with kraut and mustard and some other the others were pleasantly surprised when they tried it.  Sorry but I took no meal shots.
On Monday, we closed up the coach and moved six spots down and across the road to our assigned site (#139) for the rally.  This is our new site with the recently added American Flag to our flag stand. 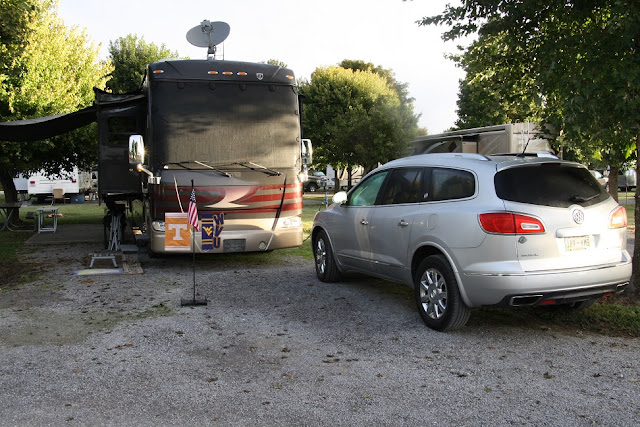 The rally kicked off at 5pm on Monday with a catered meal of sandwiches and salads at the large pavilion just across the street from us and there were 13 coaches in attendance (10 from our club and 3 from the American Coach group which our Rally Masters also belong to). 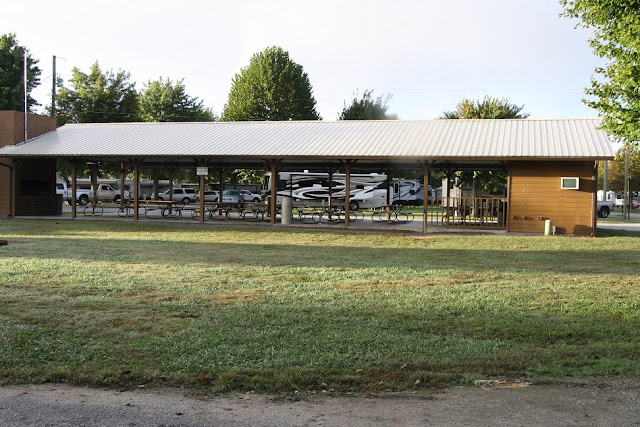 After eating and visiting for awhile we gather around the campfire and were rained out within just a few minutes.

Tuesday was pretty much a rain-out so nothing to report about it then on Wed we held our postponed high stakes golf tournament at the Old MacDonald Farm Mini-Golf which seemed to be a big hit with everyone.  Along with a large arcade, it is located within the Tanger Outlet complex. 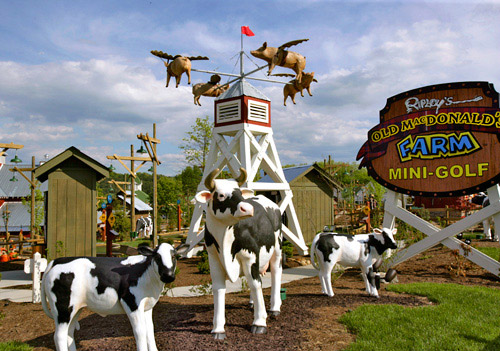 Two person teams were made by drawing names and total non-golfer Bev and her partner Sandy tied for low and won two tickets to Dollywood.  Here’s a shot of the group after the round. 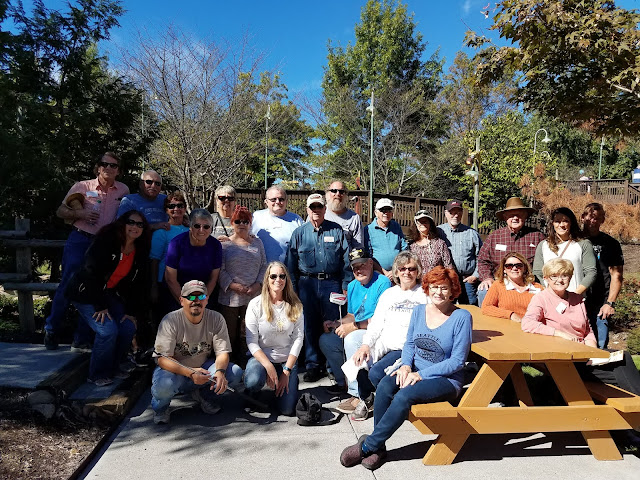 That evening, we went to Wild Bear Tavern German/Bavarian Restaurant for supper and it was another big hit.  Located at the far south end of Pigeon Forge it is part of the Wild Bear Inn. 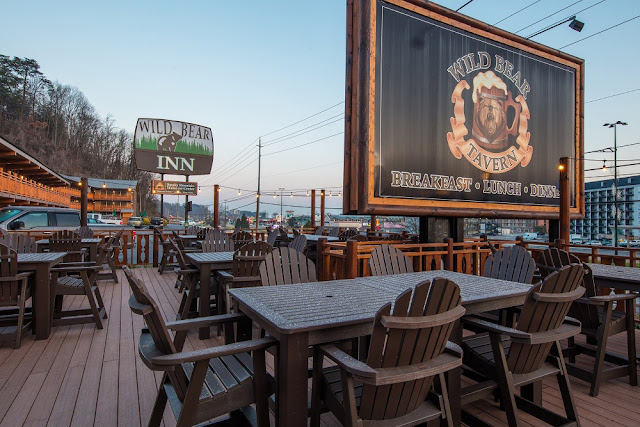 We had one server who did an excellent job and all that I talked with enjoyed their food and thought it was pretty authentic. 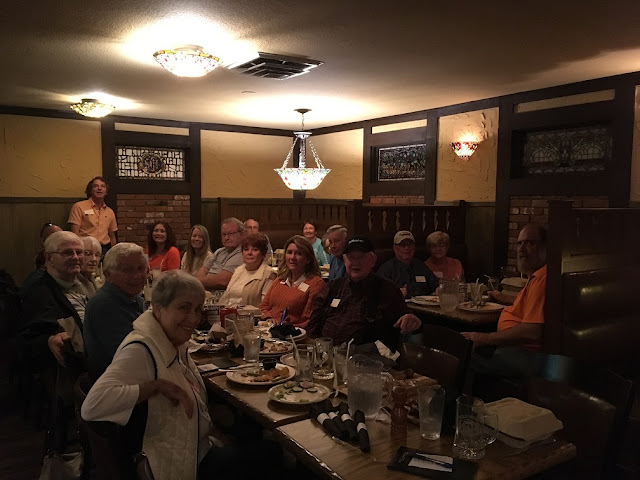 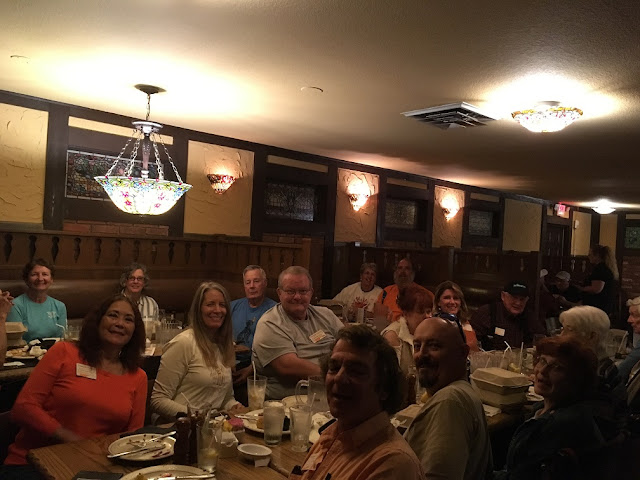 I had my first ever pork shank with gravy and mashed potatoes and thought both were delicious and I would eat there again. 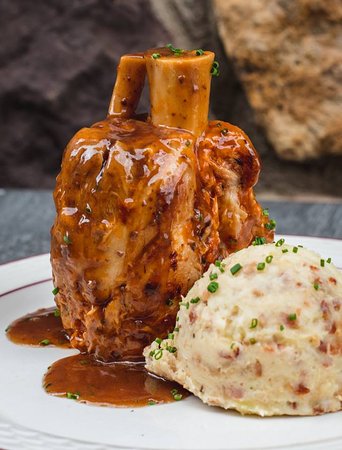 On Thursday, we descended on the large Flapjacks Pancake Cabin for a hearty breakfast and since it was next to the campground, it was in walking distance. 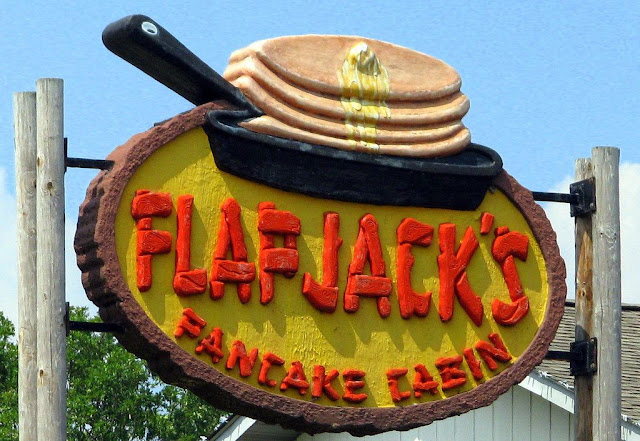 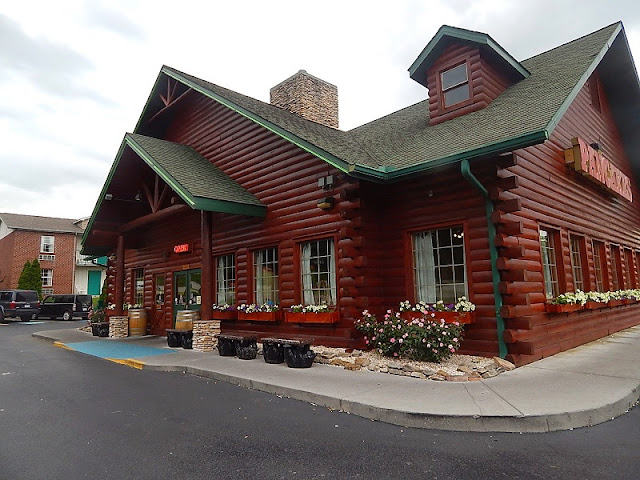 In early afternoon, most of our crew went about 10 miles to the Smoky Mountain Coach Works for an update on their repair and remodeling capabilities - they can pretty much remodel the entire inside of a coach. 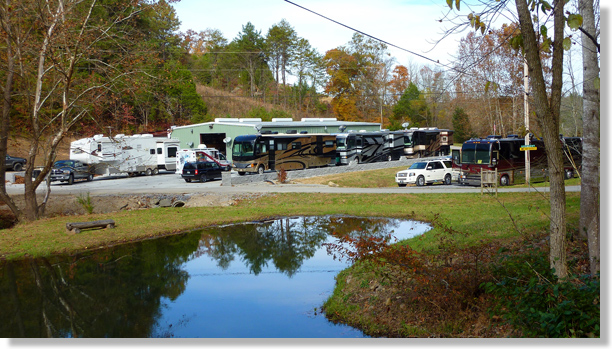 We finished the rally with an appetizer gathering at the pavilion followed by sitting around the propane fire for a while. 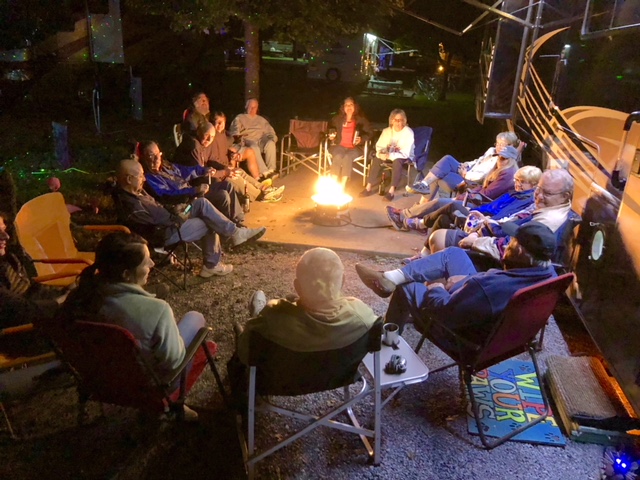 Our thanks go to our club member Rally Masters, Marg and Dick, who put on another fine event and I really enjoyed the joint rally concept and meeting the attendees from the American Coach Club who joined us.