Bev had some Brussels sprouts that she wanted to grill along with some par boiled potatoes and we opted to side them with a piece of beef.  While we have a couple of pans for grilling smaller food pieces, they were not quite large enough for this as I wanted them in a single layer.  So I went looking through our collection of flat pans and discovered a pizza pan that we only used a time or two and should have been trashed.  The reason we rarely used it was because it was full of holes and very difficult to slide off a pizza.

However, it worked great for this application and has now been repurposed as a grill pan and being aluminum, it distributes the heat pretty well and the oil dripping trough the holes created some nice flavor enhancing flare-ups – here it is in action. 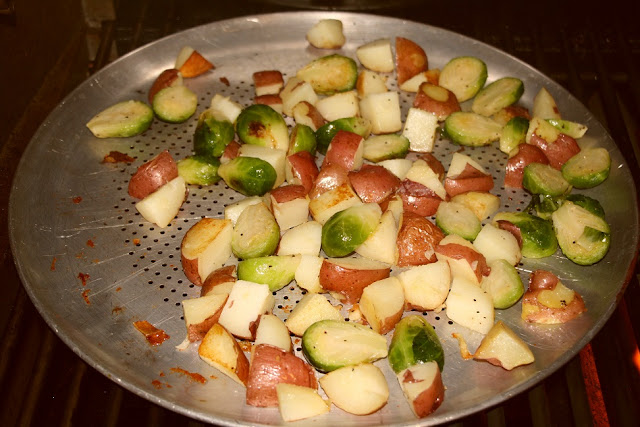 We also grilled up a piece of beef steak that had been marinating in The Best Steak Marinade In Existence most of the day. 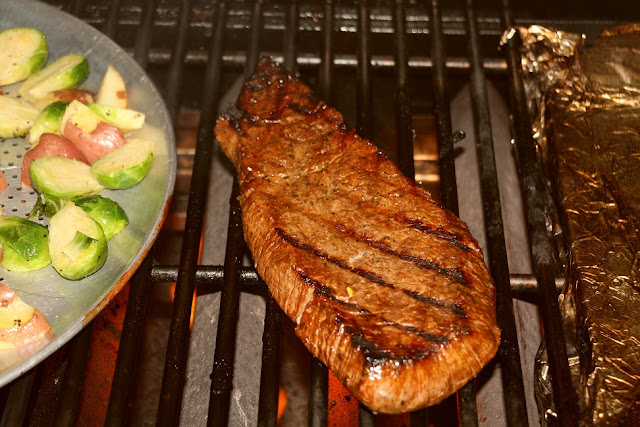 These two components made up our entire dinner and with protein, starch, and green vegetable, it was pretty well balanced.  We have realized lately that rather than having several dishes, we like to have just one or two we really want then we fill up of them – we had nothing but chicken wings one night and only salmon for another meal. 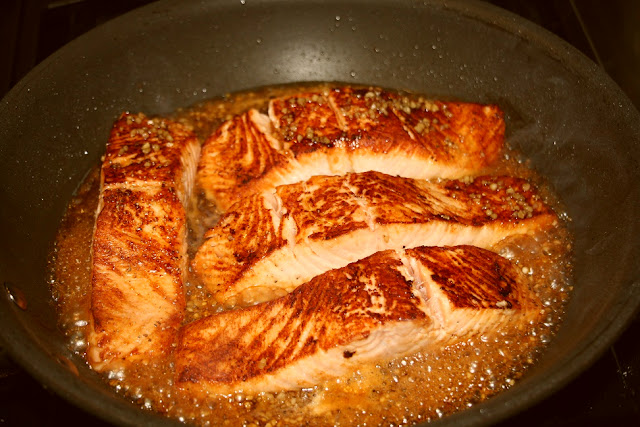 And while the food was good, this post is not about food but rather about finding a new role for an unused kitchen device – perhaps you also have a couple of these around and I have to believe this isn’t our only one.