Folks our age were the kids of the kids who grew up during the Great Depression and as such most of our parents knew how to stretch their food budgets including making salmon cakes (patties for us) from canned salmon – I don’t know how old I must have been before knowing that tuna and salmon was actually a fresh fish – I did know that ham was available other than Spam though.  Seems like everyone’s mom had their own recipe for salmon patties using different fillers – I believe mine used oats and quite a bit more than Pam's recipe - we likely had salmon flavored fillers.

As Bev and I were reminiscing the other day, we decided we wanted to make some patties from canned salmon (even though we have the real deal in the freezer) but using a more modern recipe and we chose Pam’s version from her For The Love Of Cooking blog.  Check Pam’s blog for the original recipe and some great pics.

We followed her recipe as written but substituted canned salmon, made one addition for half of them, and scaled the recipe by 1½ for the amount of salmon in two cans – made the aioli as written.  I was surprised to discover that canned salmon still contains skin and bones and a plenty of liquid – I’ll try the pouched kind next time.

Note: We wondered how they would be with capers so after frying half the mix, I added the chopped capers to the second half.

INSTRUCTIONS:
1. Make the aioli by combining the mayonnaise, lemon juice, dill, and garlic together; whisk well.
2. Taste and season with sea salt and freshly cracked pepper, to taste.  Set aside to allow flavors to mingle.
3.Make the salmon cakes by combining the chopped salmon with the panko crumbs, shallot, green onion, parsley, mayonnaise, Dijon, garlic, sea salt and freshly cracked pepper, to taste, and a pinch of cayenne.
4. Mix gently until well combined.
5. Pour more panko crumbs on a plate.
6. Form into patties then coat in the panko crumbs (I actually weighed mine). 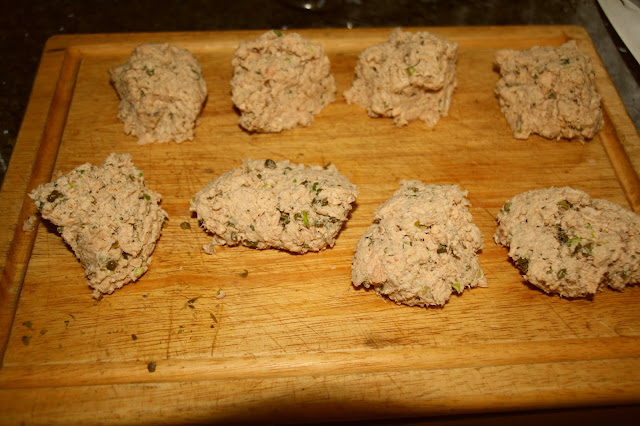 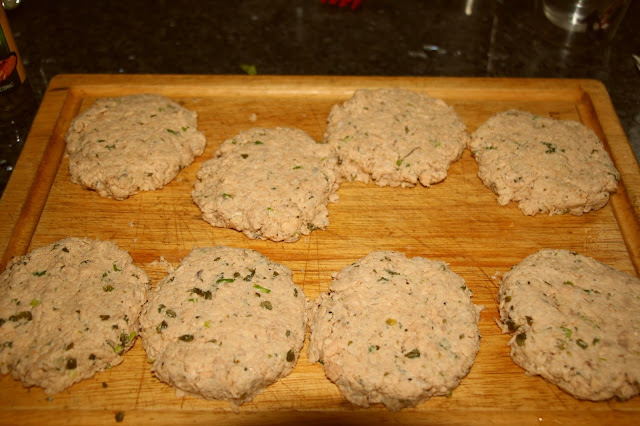 7. Heat the oil in a large skillet over medium high heat.
8. Once hot, add the salmon cakes to the pan and cook without moving for 2-3 minutes; flip and continue to cook for another 2 minutes, or until golden brown and cooked through.
9. Remove from the pan and place on a paper towel lined plate.

We served them with a side salad. 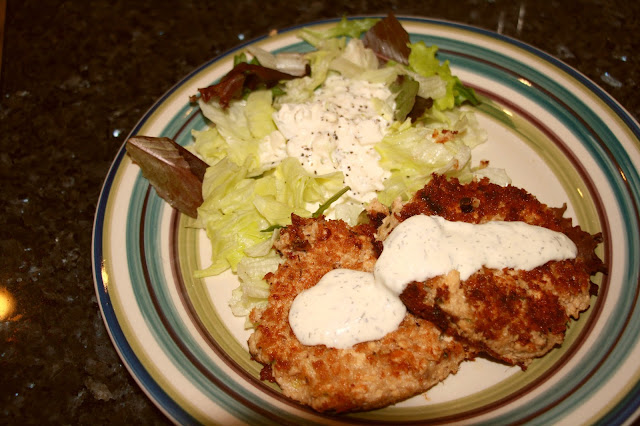 And the verdict is – these salmon patties were outstanding and we all loved them – Bev said she could have them pretty often.  The ones with capers were slightly preferred, but of course we love capers and the aioli went very well with both of them.  I tried one like I had them as a kid with ketchup and it was not in the same league as with the aioli (not much of a surprise). 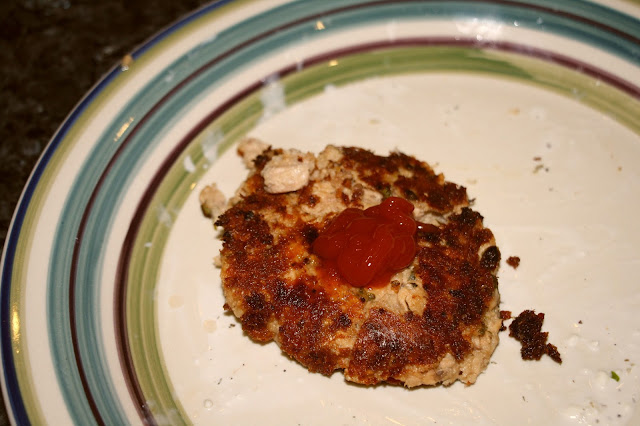 I cooked the final two bare and they cooked up fine without the Panko coating.

Soon (while we can still remember these) we’ll try raw salmon, as Pam did, for comparison and Bev wants to try some with just a little ketchup in them - maybe an egg as well (hard to forget her moms version).