After five nights in the pretty Coeur d’Alene, ID area, we headed 200 miles down the road to Ellensburg, WA – why in the world would you go there you might ask and it’s a valid question.  As I’ve mentioned before, we like to park the coach in the middle of the places we want to visit and then make day trips – so Ellensburg it was.

The Trip
I love these shorter drives and for the next several weeks this will be the norm.  I’ve never really seen western WA, but after our trip to Grand Coulee Dam and this one, I can say for sure that they grow a lot of wheat – fourth largest in the country for wheat production.

We saw fields of standing wheat, those being harvested, fields of stubble, and fields prepared for next year’s crop.  It’s hazy due to the 53 square miles fire burning near Lake Chelan (one of the places I wanted to visit but likely won’t get to).  As we topped hills it was common to see amber waves of grain as far as we could see (wheat field pics in previous post) and giant piles of these large bales were stacked everywhere -  I need to find out where they go. 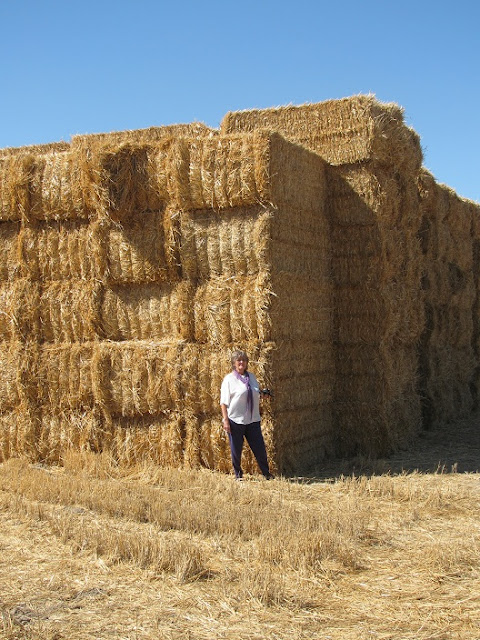 The Route
We traveled I-90 and found it to be a good road the entire way.

The Campground
We stayed at the Ellenburg KOA and it was a pretty typical one – gravel roads and sites, a little grass but plenty of trees.  They have updated to have some longer pull-thru sites with 50 amp power but they are not long enough for a big rig to use without unhooking the car.  The trees prevented use of our satellite dish but they had plenty of cable channels – unfortunately the picture was fuzzy at best an unwatchable part of the time.  Our site had better than average WiFi. 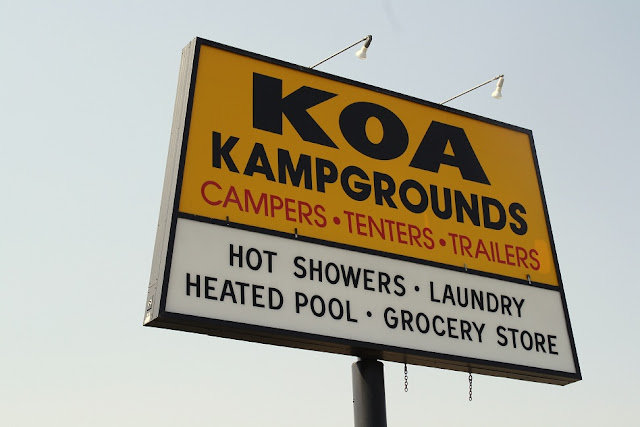 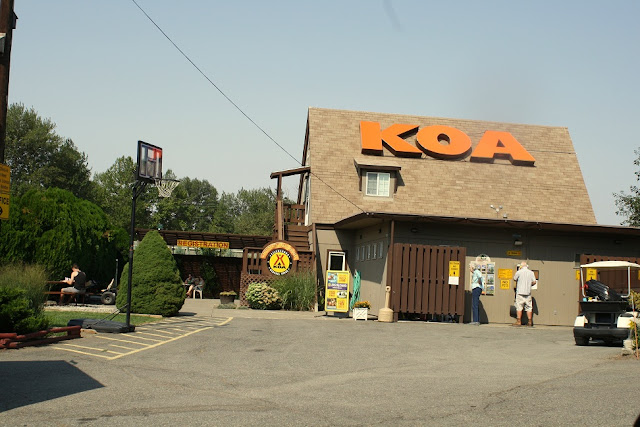 The campground is very convenient to I-90 (but we did get some road noise) and it’s not far to the downtown area.  If you are a fisherman, it is located on the banks of the very swift moving Yakima River. 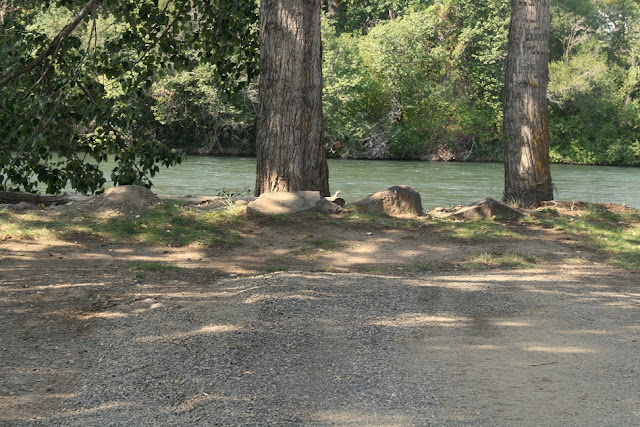 It must be a good stopover point as it got pretty full each night.