Pork Ribs Cooked In an Oven- My First Ever

As a long time BBQer, I’ve never cooked pork ribs anywhere but in a smoker but since I don’t have a functioning smoker and using the grill, which has a smoke box, in too cumbersome while walking with a cane, the oven was the only choice.  I also didn’t have any rib rub so I made up a batch of Mike Mills Magic Dust using half of this recipe  and using smoked paprika to replace the smoke from the cooker. 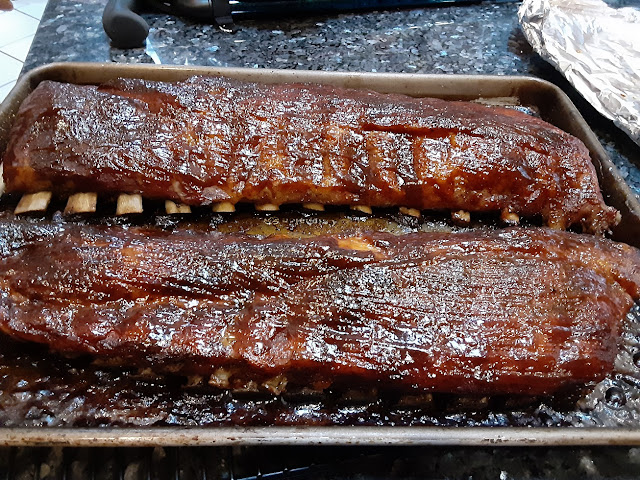 Directions:
Mix all ingredients and store in tightly covered container. To make it hotter, increase mustard powder and black pepper to ½ cup each.


To prep the ribs, I just removed the membrane from the back and gave them a generous coating of Magic Dust.

I set the oven on full convection at a temperature of 235F and cooked them uncovered for three hours then covered with foil for 2 hours and finally cranked up the temp for the last ½ hour to get them done.  I gave the tops a coat on Sweet Baby Rays BBQ Sauce and served them sided with slaw and doctored pork and beans. 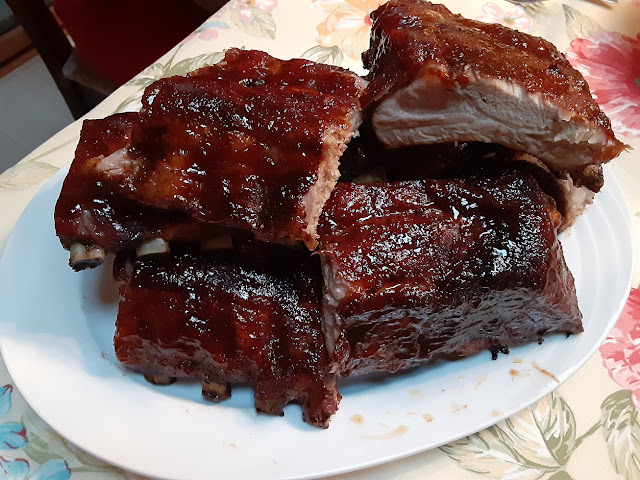 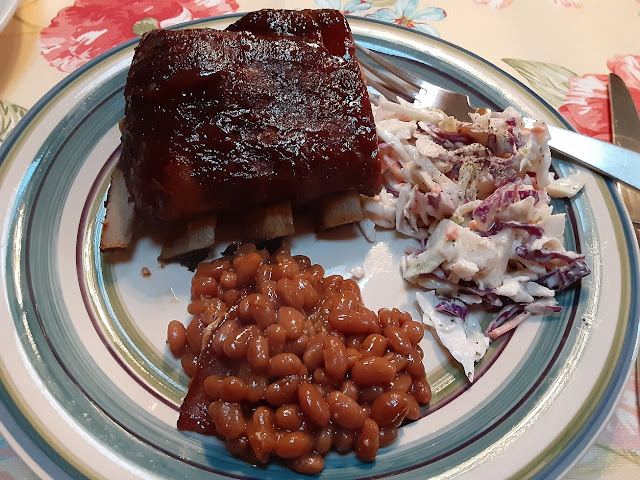 I thought the flavor was good but the convection oven dried out the tops a little, but they were not bad for a first try.