Our chapter of FMCA held a small rally near Mt. Airy, NC and since Bev and I had both wanted to visit there at some point, we couldn’t let the opportunity go by.  As usual, the rally was during the week so nothing was crowded even though it was mid-June.  Mt. Airy is noted for being the home town of Andy Griffith and it has morphed itself into a tourist location centered around the TV town of Mayberry from the Andy Griffith Show.

We had a choice of two primary routes to get there – I-40 then I-40 or I-81 then I-77 and since they were about the same distance and I’m not a big fan of the curvy I-40 through the mountains, I opted for the I-81 route knowing I would still have to go over The Blue Ridge on I-77.  Traffic on all three interstates was reasonably heavy as it nearly always is but we had no delays, the road surface was generally good (except for the bridges in VA), and crossing the mountain was uneventful – it is not a steep grade.

We stayed at the Mayberry Campground just a few miles south of town and located on what used to be the farm of Eng and Chang Bunker, the original Siamese Twins.  They were born in Siam (Thailand) in 1811 and came to America to make a living touring as a curiosity and buying the plantation that the campground is now on with their home place sitting behind our coach. 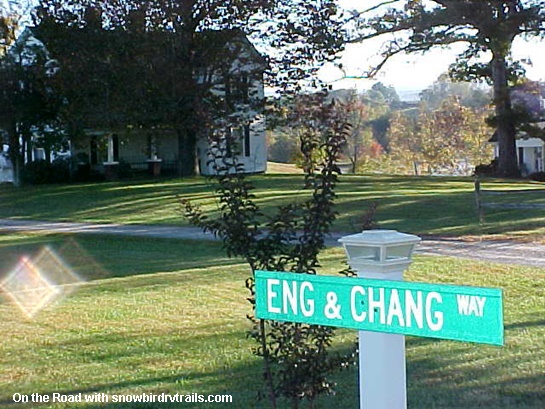 They each married a different woman and had 22 children between them – I can only imagine the sleeping arrangement.

The campground has 106 sites on the rolling location with gravel (granite) roads and parking and pretty good grass between sites.  The sites were all pretty roomy except the section we were in where they were a bit close. 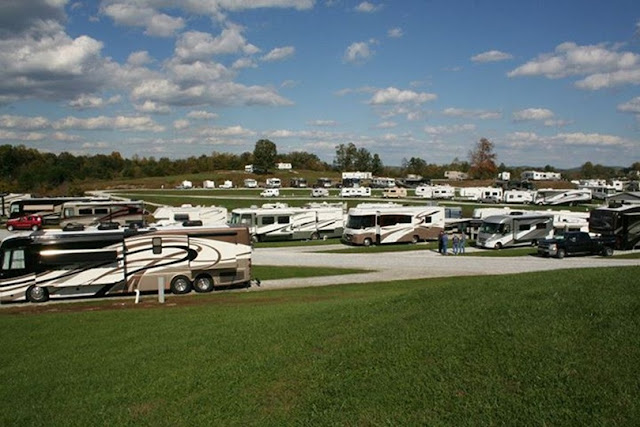 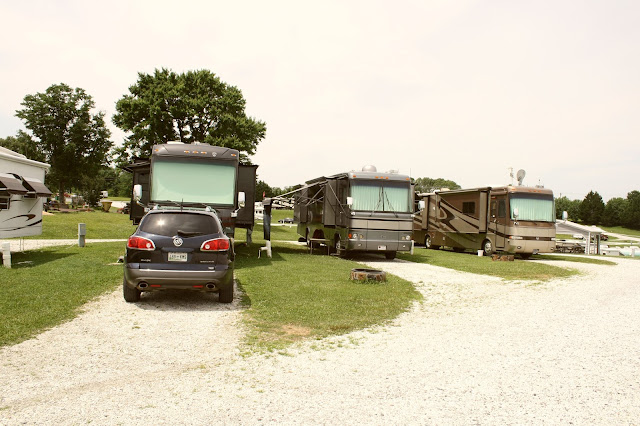 The utilities and 59 channel cable TV worked well but I could never get their wi-fi to connect to the internet and I ended up using my trusty hot spot.  If in the area, I would stay here again and it is conveniently located next to I-74.

Like many southern towns, Mt. Airy had a significant textile industry but only one mill is still in operation.  Many of the buildings around town were part of mills or in support of them.  On Tuesday, our first full day, we headed over to the Mill Creek General Store which had been one of those support operations and it now a specialty shop carrying many unique food items, a deli, and poly furniture (Levi's Lawn Furniture).  Many of their products and deli offerings came from the various Amish communities in the east and mid-west and as it turned out, it was also farmer’s market day in their parking lot. 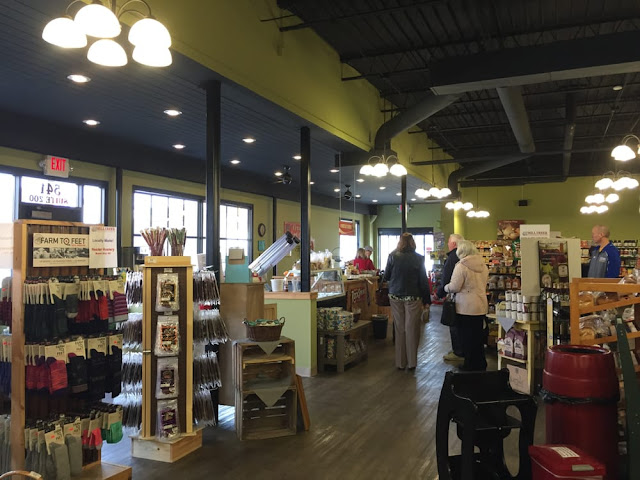 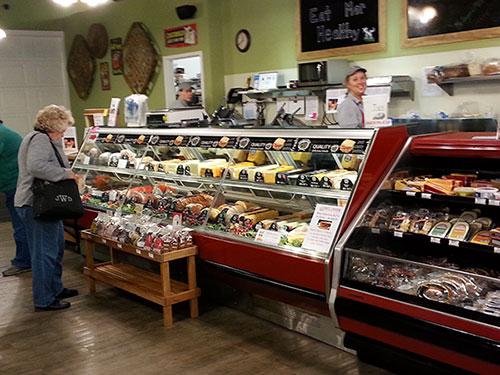 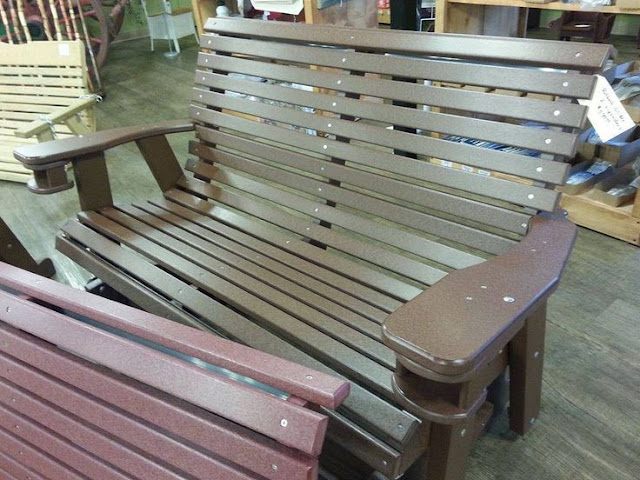 I escaped with Bev only buying a couple of things from the FM.

Hoping for a tour, we drove over by the world’s largest open faced granite quarry operated by the North Carolina Granite Corporation but we had no luck, however it could be seen from the office. 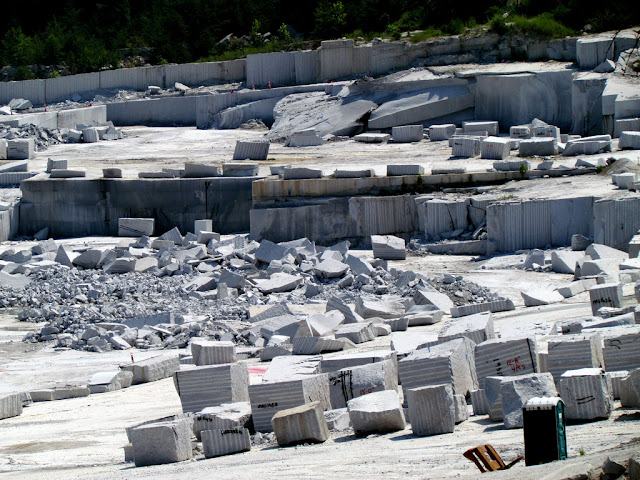 We ended the day at 13 Bones Restaurant where the food was decent and reasonably priced.