It took a while, but we finally got around to making some hash from the St. Patrick’s Day corned beef leftovers.  Bev made the hash using frozen hash browns, onion, sweet pepper, and a little St. Maarten garlic hot sauce (her go-to sauce) by frying them in oil then adding the chopped corned beef toward the end.  Most recipes chop the meat smaller add it earlier so it can develop a crust, but it also dries it out, so we prefer our method.

I decided the eggs should be cooked in the poaching cups but one sank and I ended up with one true poached egg.   It was a delicious and a great way to begin the day – Bev prefers  lunch to breakfast fare and therefore ate a corned beef sandwich rather than hash. 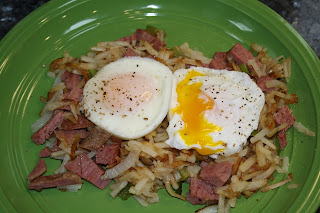 She made enough hash for two meals so the next day I had it again with a little twist.  I started with a piece of good rye bread, topped it with Irish Cheddar and made cheese toast in the toaster oven.  In the meantime, I nuked the hash to reheat it and poached a couple of eggs in cups.  Assembly was cheese toast, hash, eggs, and a little more garlic hot sauce (Big Daddy Dave’s suggestion). 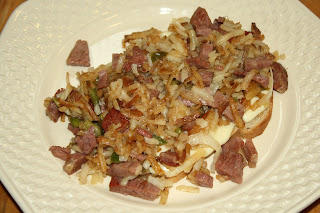 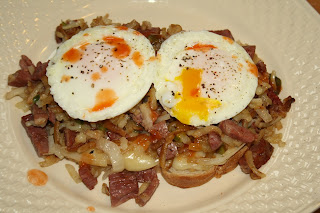 Both meals were delicious as should be expected from semi-homemade hash and while I enjoyed them both, I think I preferred all of the flavors in the second one.  If I have enough corned beef for one more round, I may make this same dish but use 1000 Island dressing rather than hot sauce to make it more Reuben-ish. 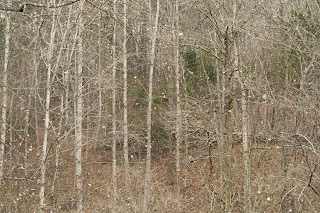 Personally I prefer 2013 rather than going directly from winter to summer temps like we did last year with very little spring, but I know many of you love summer.  My favorite seasons in order are fall (the end of a long hot southern summer), spring (mild temps and nature putting on a show of color), winter (especially when we skied and I'm a kid at heart), summer (long, hot, dry days).