Two or three times a month my buddy Joe comes over and we solve the earths problems, discuss the stock market, make any improvements to our computers (he's a guru), and indulge in a south-of-the-border libation or some.  He's retired and his wife generally gets home late, so he often stays for supper and after Bev's steak request the other day, she wanted grilled salmon.  While I sometimes brine salmon, I don't believe it needs much flavor enhancement, so tonight it got S&P and mayonaise on the meat and oil on the skin. 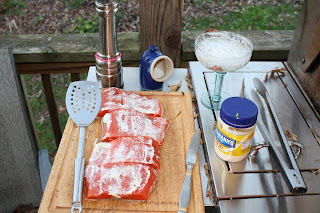 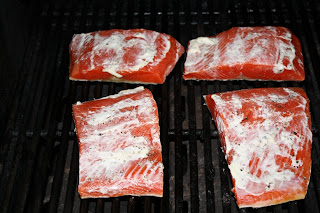 Then it went on the grill and as soon as the skin released, I flipped it and gave the meat the same treatment as the other side.  Bev wanted some blackening seasoning on hers. 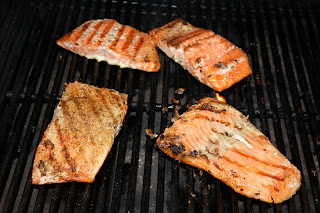 I cooked it to 135* internal and we served it up with baked sweet potato and caesar salad. 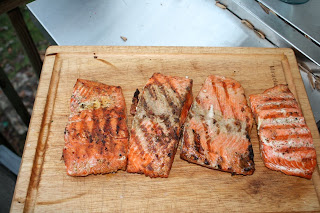 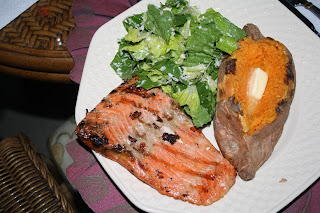 With three of my favorite things, is was a delicious meal.

Whenever I'm disappointed with my spot in life, I stop and think about little Jamie Scott. Jamie was trying out for a part in the school play. His mother told me that he'd set his heart on being in it, though she feared he would not be chosen..

On the day the parts were awarded, I went with her to collect him after school. Jamie rushed up to her, eyes shining with pride and excitement.. 'Guess what, Mom,' he shouted, and then said those words that will remain a lesson to me....'I've been chosen to clap and cheer.'

Thanks for tuning in and sharing the trip with us.

Two years ago:  None