We awoke Wednesday morning to a beautiful sound – a desperately needed steady rain for a few hours and it was accompanied by a 20F temperature drop – thankfully fall has finally arrived.

It was a free day so after our morning guy-coffee and making about 30 hamburger patties, some of us went to the grocery store to get the ingredients for a batch of Ranch Beans for our cookout.

While the dogs hung around the coach with me while I made the beans, the girls went into downtown Crossville to check out a couple of stores.

That evening, the guys grilled up some burgers and brats which we sided with the beans and some chips for a nice evening meal which was preceded and followed by lots of visiting.  Once again, the Ranch Beans were a big hit.

Following the rain and cold front that moved through, Thursday morning we awoke to 33F temps but the fireplace and electric Aqua-Hot kept the coach nice and warm.  While I initially thought it was a waste of space, I’ve grown to appreciate the electric fireplace as it allows us to not have to use the Aqua-Hot’s diesel burner and heat totally with the electricity we have bought from the campground.

On Thursday morning we had a potluck breakfast prior to the annual business meeting and this is the list of food we had. 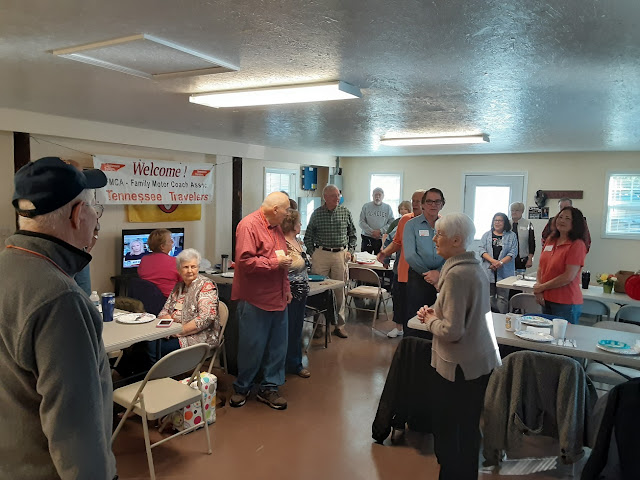 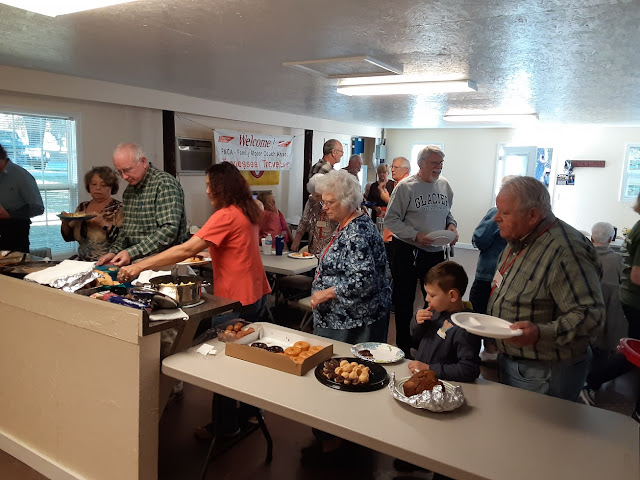 As you might imagine we had way more than enough to eat.

After the meal, we held our annual meeting which included the election of officers for the next two year term.  After the election, the wife of the new president topped his head with a crown and dubbed him King Louie – I think he actually blushed a little. 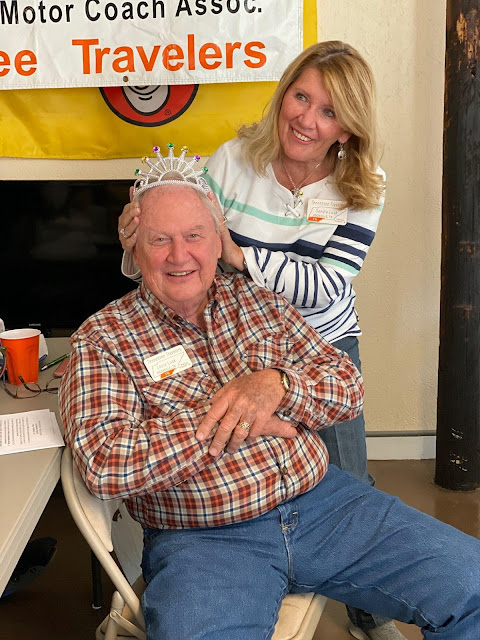 That afternoon, we made the 45 minute drive to Muddy Pond, TN which is a Mennonite community here on the Cumberland Plateau.  We stopped at the Leather Shop and General Store first where they have lots of stuff but very little from this community.  We still bought some cheese, hominy grits, and molasses (which is Muddy Pond made). 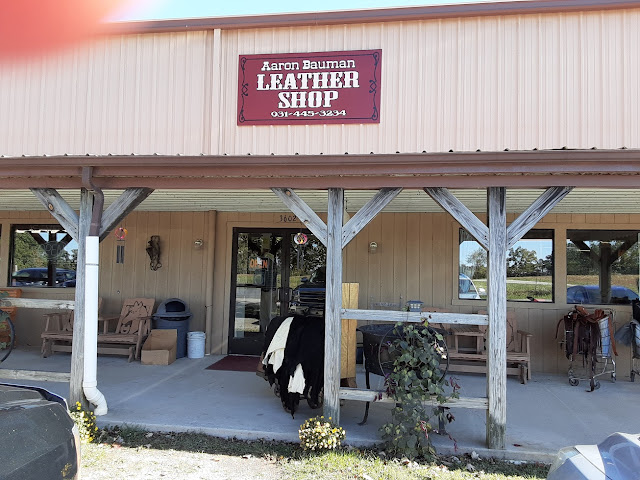 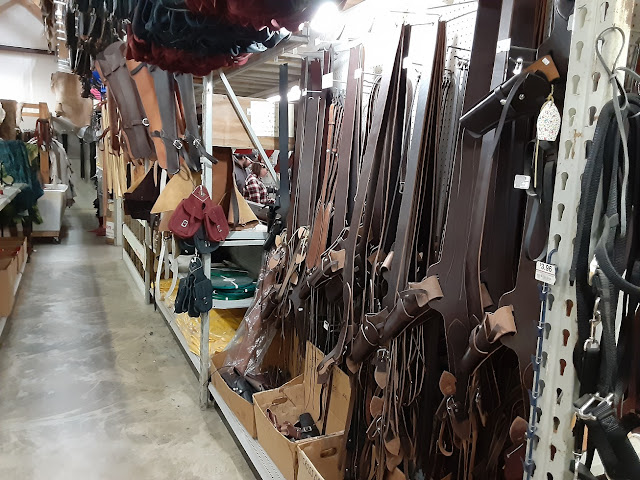 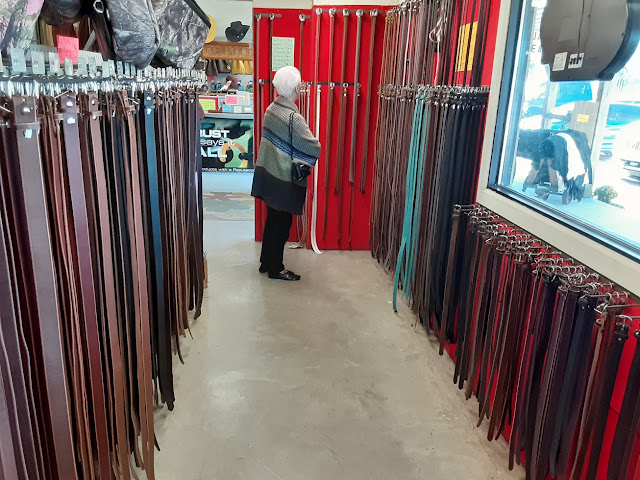 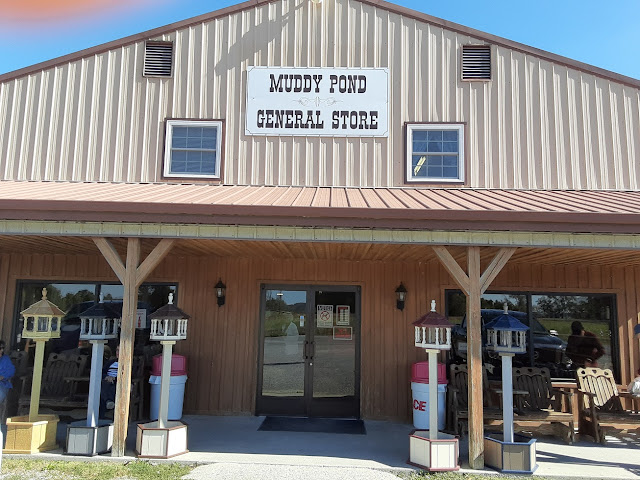 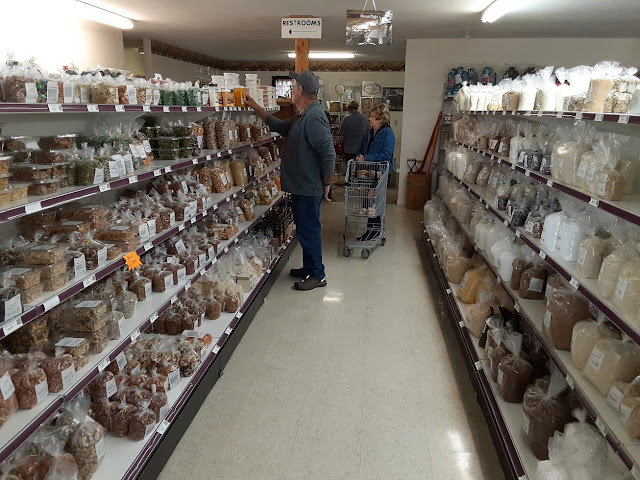 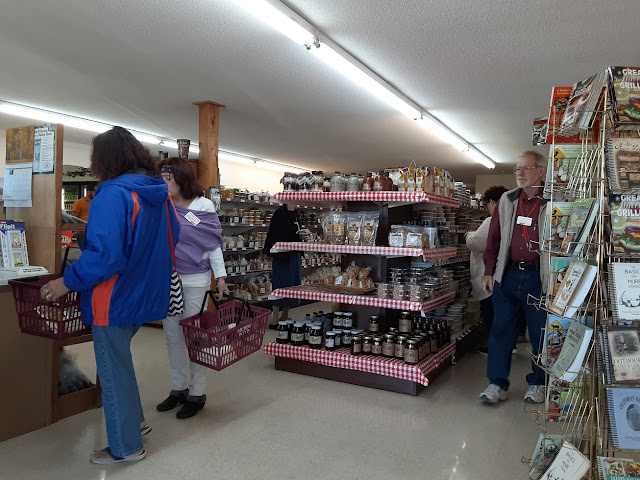 Our next stop was the variety store where the only purchase was some just-made, warm, fried apple pies, which were very good - not on the diet but couldn't pass up a warm one, but at least it was small. 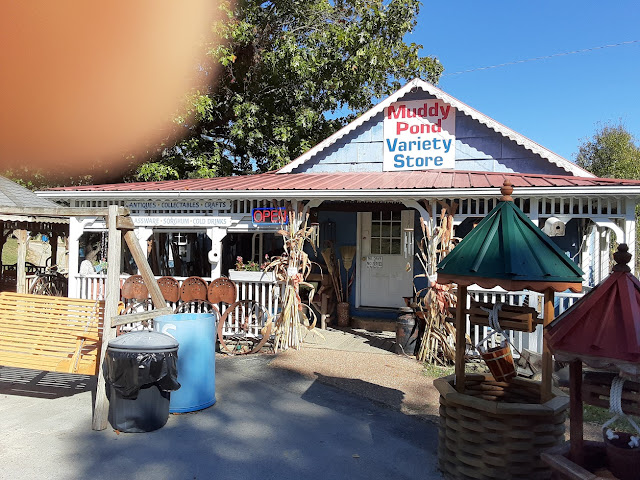 Our final stop was the home of a lady making baked goods for some yeast rolls, then back to the campground – it was a good way to spend the afternoon and another fun day at the rally.