Up Next - Smoked Pork 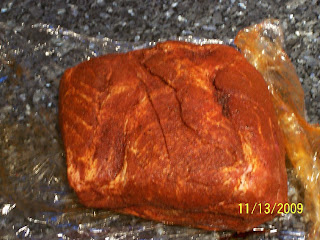 On cooking day, I got them out of the fridge an hour or so prior to cooking, gave them another light coating of rub and into the smoker they went. I cooked them to about 170*, wrapped in foil and cooked until the bone could be pulled out. 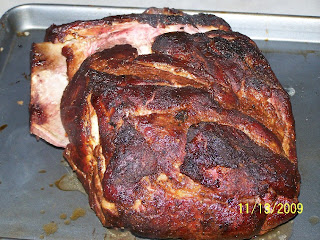 I collected the juice from the foil and used a separator to de-fat it. After pulling, I added the pork juice, salt and a little extra rub. I leave any sauce additions to the end user as I think it’s great just like this.

For the ribs, I trimmed them up and removed the membrane the morning of the cook. An hour before cooking, I removed them from the frig, sprayed with apple juice and gave them a coating of my pork rub. 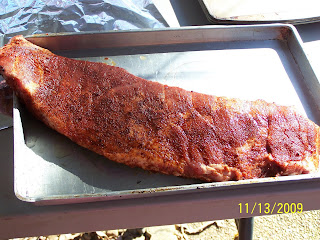 I normally smoke them for 3 hours, wrap in foil for an hour, remove from the foil and cook about another hour until done glazing them with Tennessee River Spicy the last 15 minutes and again when pulled off the pit. This time, I did not wrap, but rather smoked naked until done using the same glazing process. 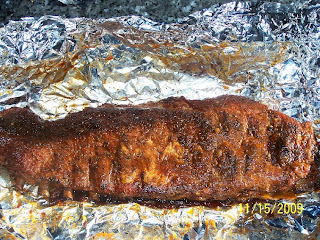 After trimming off the silver skin, the tenderloins were done two ways. Two of them were sprayed with apple juice and given a light coat of pork rub and the other two were rubbed with a mixture of olive oil, fresh herbs (whatever we happen to have in the herb garden), and a little salt. Here’s a pick just after going on the smoker. 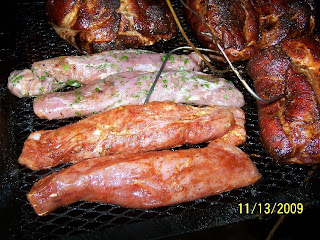 They were cooked to 145 internal, pulled from the pit and cooled a little prior to being wrapped and stored. This is the finished look. They cook so quickly, they don’t take on much color from the smoke. 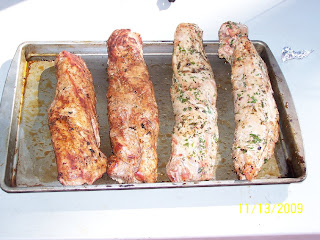 That's all for pork, tune in tomorrow for the exciting conclusion to the BBQ session.
Hope you had a great day.
Posted by Big Dude at 4:04 PM