What was I thinking, cooking BBQ on Friday the 13th. No worries here, as someone who was born on a Friday the 13th, I consider it especially lucky. So I launched in to an all day cook.

Lately my briskets have been good enough that I almost think I know how to cook them. This time I did three for friends and us. One friend wanted a whole brisket. Another friend wanted a whole one done as burnt ends and the third one was split between another friend and me. I’ve been using 8-9 pound choice packers from Sam’s Club and have been really pleased with them. I trimmed them up the evening before and on cook day, I pulled them out of the fridge an hour or so before cooking and gave them a light coating with Worcestershire then a nice coating of Billy Bones Beefmaster. Here’s a pic of one of them rubbed and ready for the smoker. 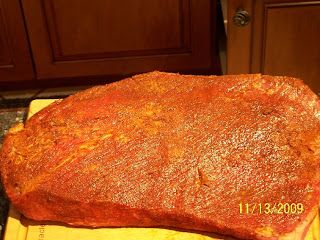 I was cooking several things and so I ran the smoker at 250 F all day. For the two regular briskets, I cooked to 170 internal, wrapped in foil and cooked to about 195, then unwrapped and cooked until a meat probe slid in without resistance (about 205 internal). The last hour re-established a nice bark. This is the pre-wrap look. 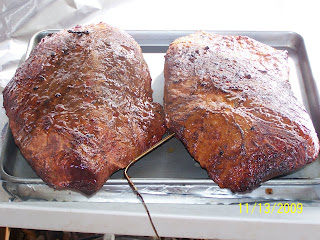 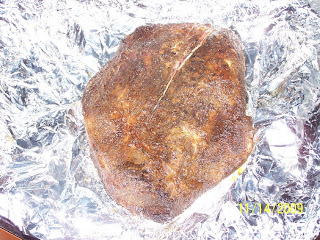 I’d never done an entire brisket as burnt ends, but have a friend who absolutely loves them and wanted one that way. I cooked it to 180 internal, then removed, cut into a one inch or so dice , tossed in a pan in Tennessee River BBQ sauce, then back on the smoker until tender. As expected, they were a little dryer than those made from just the brisket point – but still tasty. Here's the brisket with the first couple of pieces cut off. 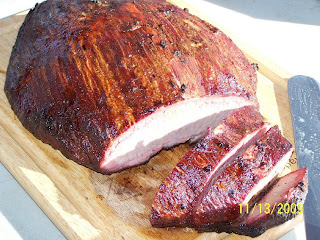 A little closer look - this had the makings of a fine brisket. 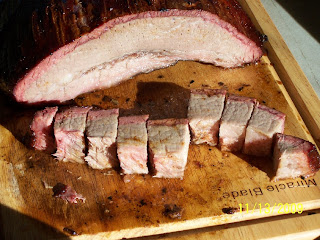 In the bowl being tossed with the sauce. 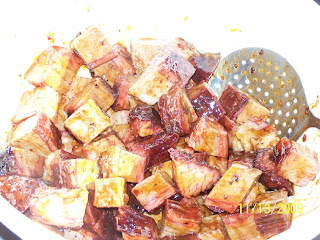 On the pan and into the smoker - forgot the finished pics but they looked similar to these, just darker. 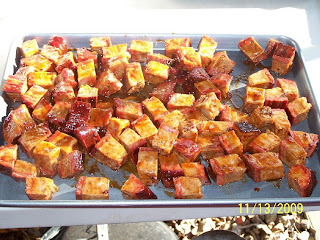 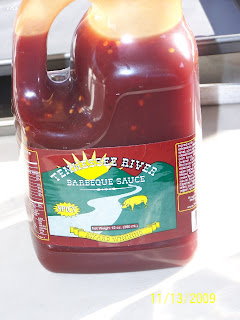 That’s it for the brisket, tune in tomorrow for the pork. Have a great day and GO VOLS.
Posted by Big Dude at 10:15 AM