We missed our FMCA Chapter’s September rally while we were in South Dakota so we wanted to be sure we made this one.  The nine coach group got together at Windemere Cove on Guntersville Lake just south of Scottsboro, AL which was about a three hours drive from home.  It was an easy drive down I-75, I-24, and US-72 at least until we got on AL-67 which was a narrow, curvy road along the banks of the lake.  While it was a pretty drive and doable in a motorhome, it was a little stressful with no margin for error and no places to pull over and let others by – fortunately it was a good road surface and only lasted 10 miles.

Like many others these days, Windemere Cove is a place that wants to sell its lots rather than just rent them and I can see why it would be appealing and it is very nice.  The streets are paved, the sites are well spaced with concrete pads to park on, and excellent grass between the pads.  It has a nice club house with a kitchen, rooms to eat and watch TV, showers rooms, and a pool along with a boat dock, launching ramp, and a big fire pit.

Here’s a shot from Google Earth and it appears they have plenty of room to expand to the left. 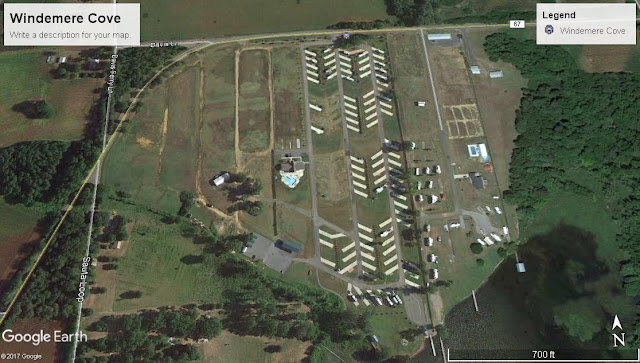 This is our site and a shot from the clubhouse. 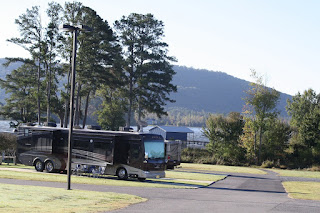 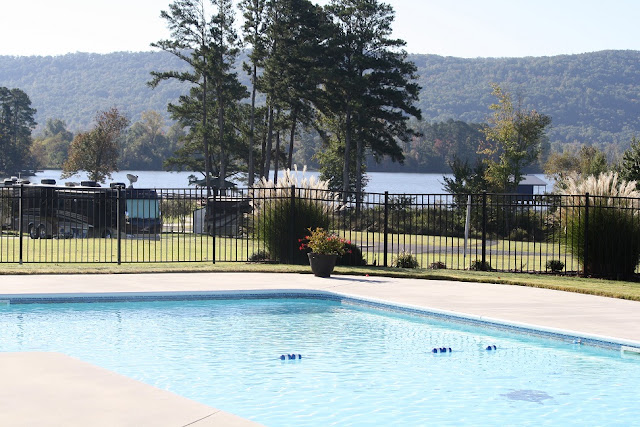 We all arrived on Wed afternoon and kicked things off with a pot luck supper – always a good way to get the rally started.

The next day we had lunch at the Magnolia House in Scottsboro - an old house turned to a restaurant.  While it was not fancy, the meat and three hot bar for $8.95 was very good. 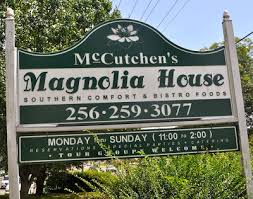 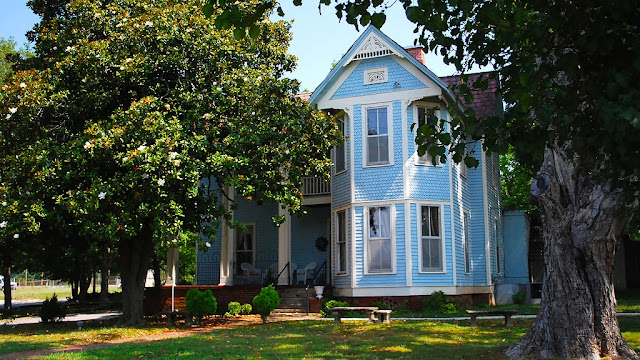 After lunch, we went to Unclaimed Baggage which, as the name describes, sells items that were obtained from the airlines when the bag owners could not be found.  It is a very big store with some of about everything and I was surprised that this one-of-a-kind enterprise existed and even more surprised that it was located in Scottsboro, AL rather than a more populated area.  I’m guessing it brings in a fair number of outsiders. 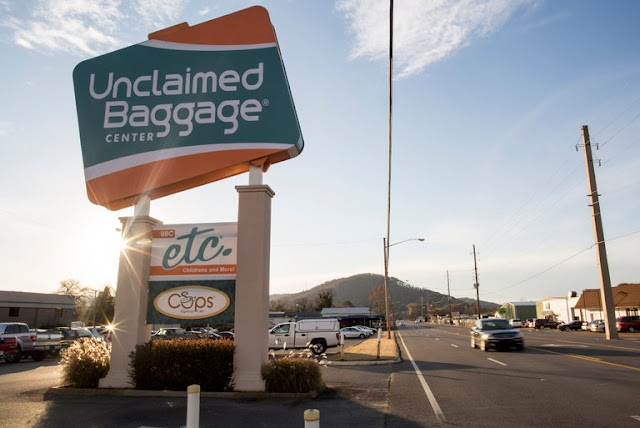 Since I’m into getting rid of, rather than accumulating more stuff, I just sat outside and people-watched.  I don’t think Amazon will ever hurt this niche market money machine – lots of traffic and most customers left carrying a bag.

That night we gathered around the campground's large fire pit and enjoyed a big fire on a cool night. 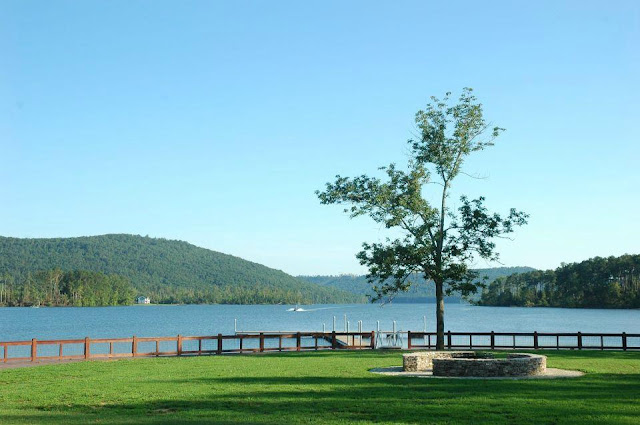 Tune in again for part 2.