When we first moved to our home in the country, I was amazed at how few birds I saw around our place, so we strove to create a bird friendly habitat as we landscaped. We have woods on two sides and a lake 50 yards away, so water and most shelter were taken care of, although we still have a few birdbaths around. We decided we wanted to attract the full array of songbirds in our area, both fruit and seed eaters as well as bluebirds. We’ve talked over the years about purple martens but have never made that happen. For the bluebirds, we built and installed a dozen or so houses about every 100 feet on the wooden posts around the neighbors pasture. 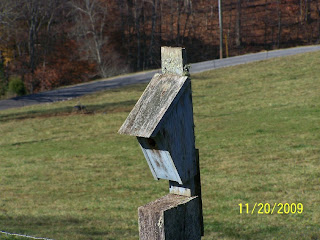 For the seed eaters, we have four feeders (only one in the summer) that we keep stocked with black oil sunflower seeds, including one attached to the kitchen window which is Bev’s favorite. Here are two of them. 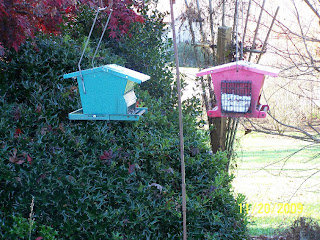 The chickadees got bashfull while I took the pictures, but the titmice were not shy at all. 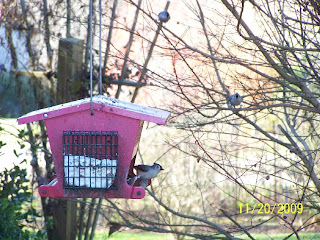 Mister cardinal hung around the edges trying to decide if he wanted to brave me being there. 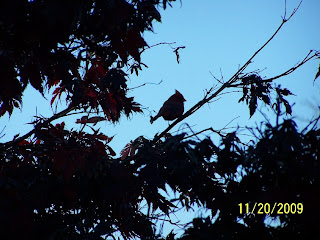 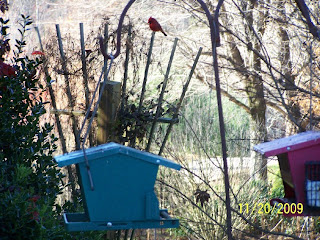 Not much action at the window feeder, but they normally don't show up here until the afternoon. 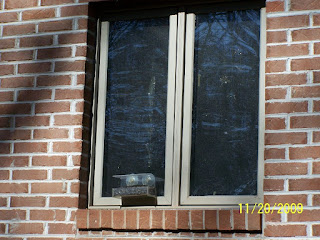 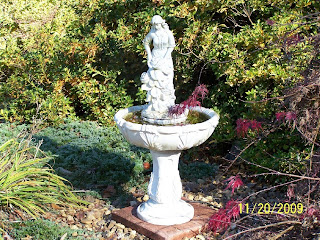 and this one at the big rock in the middle of the driveway. Plenty of food here if they like black pearl peppers. 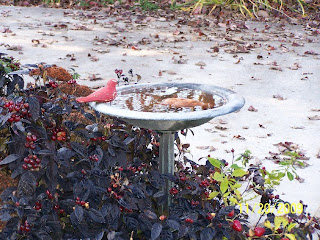 We also planted many fruit/berry bearing trees and shrubs including dogwoods, crabapples, winterberries, viburnums, barberries, hollys, nandinas, and burning bushes. There are lots of poke berries growing wild along the woods. We also have a cherry and several blueberries that we do battle over – we usually lose the cherry and win the blueberry. We just planted a hawthorn (the first one was broken by the wind) this past spring and the woods are full of oak and hickory for the birds and the squirrels. For the necter lovers, in addition to hummingbird feeders, we have lots of honeysuckle around and grow several plants they like. 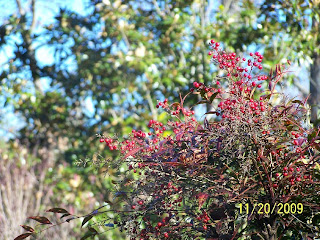 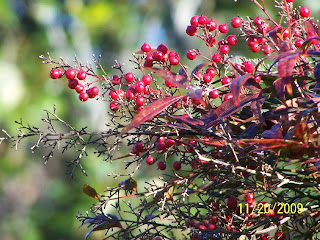 The burning bushes are loaded. 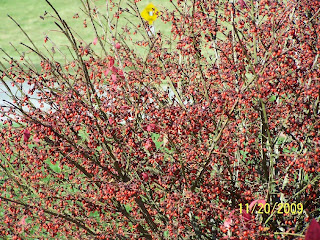 There's a good crop of crab apples on the three trees getting sweeter as they shrink. 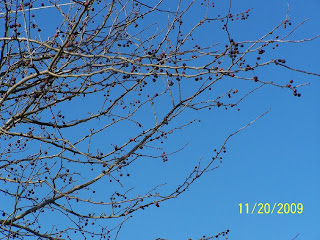 The winterberries will get even prettier when the leaves are gone. 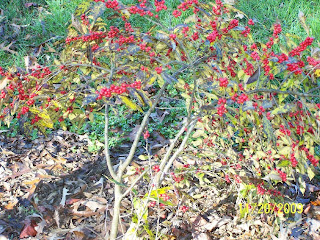 A couple of shots of the holly - we have several but this is the only fruit bearer. 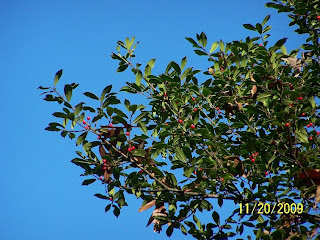 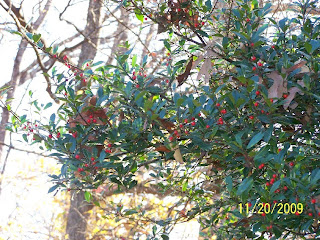 They must like them as the berries from the dogwoods and barberries are already gone.

Three years ago we converted a 6’ x 200’ grass/weed area between the road and the neighbors pasture into a wildflower patch, which produces lots of late summer and fall seeds – the gold finches especially love this area. The only pictures I had were lost during a harddrive crash, but it was planted with the Southeast Mix from both the - Vermont Wildflower Farm and the Wildseed Farms plus some seeds of individual varieties.

Why do we do this besides trying to help nature along? The selfish reason – I didn’t get a picture but we had a bright red male cardinal, a yellow male gold finch and a bright blue male indigo bunting on a feeder at the same time. What an amazing display of nature’s spectacular colors it was.

One other special creature we seem to have aplenty are bats, likely due to the caves around the area. I enjoy sitting on the dock at dusk and watching the little fellers harvesting the bugs that would otherwise be annoying us - they are amazing flyers.

Sorry this was so long, but at least it was mostly pictures. Have a great day.
Larry
Posted by Big Dude at 7:00 AM